Friday morning saw the second reading of the Access to Medical Treatments (Innovation) Bill – the latest incarnation of the Saatchi Bill – take place in the House of Commons.

Now, the list of those opposing the latest rehash of the Saatchi theme includes the Medical Royal Colleges, the BMA, the Association of Medical Research Charities and its constituent members such as Cancer Research UK, and many more. This was pointed out clearly and indefatigably.

Dr Sarah Wollaston (Totnes) (Con): As with any book, we should not judge a Bill by its cover. All Members want to improve access to innovative medical treatments, but I sincerely believe that the Bill is not the right way forward. My hon. Friend the Member for Daventry (Chris Heaton-Harris) referred to a number of organisations, implying that they are in favour of the Bill, but he knows that the overwhelming majority of research and charitable organisations are ranged against it. It is opposed by the Association of Medical Research Charities, whose membership reads like an “A to Z” of expertise, including bodies such as Cancer Research UK, the Wellcome Trust—the list is very long, so I will not detain the House by reading it out. The Academy of Medical Sciences opposes the Bill, as does the Academy of Medical Royal Colleges, including all those he quoted in his speech.

I pay tribute to all the Bill’s sponsors and absolutely understand that they are motivated by very good intentions. I would love to sit down and work with them on how we genuinely improve access to innovative treatments. I hope they understand that I oppose the Bill because I sincerely believe that it is the wrong way forward.

Both Dr Wollaston and Labour Shadow Secretary of State for Health Heidi Alexander spoke with real and carefully applied insight to explain why there’s such concern about the baseless and ‘irresponsible’ proposals.

Unfortunately, with only 51 MPs voting – despite the unwavering censure toward the latest version from expert medical organisations, research and patient safety charities –  it passed its second reading at 32 votes to 19.

Mr Heaton-Harris  set about spinning support for the premise behind the Bill – despite his quoted organisations having reiterated their “unequivocal opposition” in new briefing notes.

Dr Wollaston: My hon. Friend has quoted a number of organisations. Does he accept that all those organisations oppose the Bill? He needs to make that explicit to the House. It is not fair to quote the Royal College of Surgeons, for example, without making it clear that it has explicitly opposed this Bill.

This was nothing compared to the great lashings of nonsense brought forth by Philip Davies MP,  who selectively quoted snippets of consultation responses predating April 2014, out of context, defended by announcing “I am perfectly happy for people to put their own gloss on what others are saying” – when it was pointed out that others aren’t even saying anything like that, Davies continued to derail proceedings, talk in circles, and throw in half sentences, historic quotations, and confabulatory haze for over an hour.

Hmmm @PhilipDaviesMP has now spoken for 45 mins; is he trying to talk out Medic Treatments bill or crowd out next bill on agenda?

Seems he was at his filibustering best – most likely because of the next slot.

The Homes (Fitness for Human Habitation) Bill was an inconvenience to him that he succeeded in talking out.

Who, we thought as we worked on the bill, could really be against requiring homes to be fit to live in. Today we found out. Philip Davies MP

Next up David Nuttall MP who managed to speak for many minutes without pausing to let in fact, and George Freeman MP- setting out the government’s position- conflating, again,the Early Access to Medicines Scheme with the Saatchi monster, and fudging plentifully.  Both denied that it would affect the law of negligence; so too did Chris Heaton-Harris MP. This was very interesting, seeing as its operative effect is to change the law of negligence.

Nuttall demonstrated how the Saatchi defence to negligent decisions operates:

‘I have to admit at the outset that an impressive array of bodies have lined up either in outright opposition to the Bill or with at least some reservations about it. When I was considering the evidence, I had to take that into account. I had to decide whether in the light of that evidence I should simply go with the flow and decide that if all those people said that it is a bad thing, it must be a bad thing, or whether I should think about the other side of the coin. I did that, and on balance, I came down on the side of what I like to think of as my constituents’ view. I believe that the Bill has the potential to improve the lives of my constituents if they are struck down by a rare disease that means that they require innovative medical treatment.’

Both Nuttall and Freeman mentioned litigation costs – but omitted that the known figure for litigation relating to innovation is … £0.

Dr Wollaston: How much of the litigation cost is related to complaints about innovative treatments?

George Freeman: Most of the cases are a result of other contexts – as my hon. Friend will know, obstetrics is a big part of that – rather than innovation. I am happy to write to her with the actual figure as I do not have it to hand…

All other pertinent questions were similarly obfuscated around.

Staggeringly the Access to Medical Treatments (Innovation) Bill edition of the Saatchi Bill was voted through to committee stage in the House of Commons, and while claiming it’s been ‘handed over’ to Heaton-Harris, Lord Saatchi’s Medical Innovation Bill remains in the House of Lords- alongside his motion to suspend SO46. 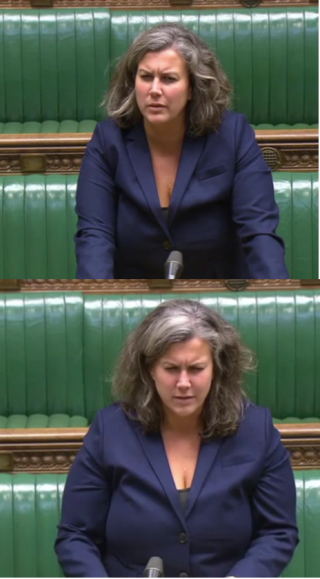 Professor José Miola on the nonsense: ‘It’s like déjà vu all over again…’

What can be done?  Despair, despair some more – then contact your MP  ‘Call to action!’